What is a Smoke Extraction System? 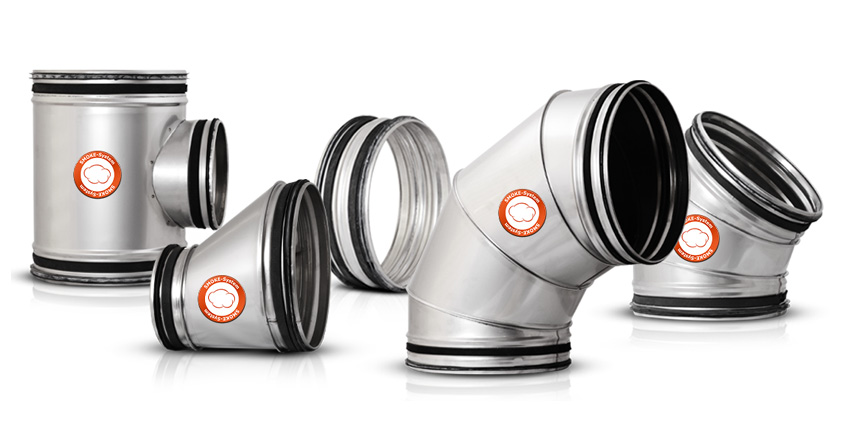 The regulation of the Minister of Infrastructure on the technical conditions regarding buildings and their location regulates, among other things, the guidelines to be met by buildings in terms of fire safety such as fire resistance of buildings, fire zones and fire separations, escape routes, fire requirements for furnaces and systems, location of buildings in terms of fire safety, and fire requirements for garages.

What is a smoke extraction system?

Smoke ventilation systems, designed to effectively remove smoke, heat, and combustion products from the areas affected by fire, and at the same time proportionally supplement the system's output with external compensating air, play a particularly important role in the maintenance of the fire safety of buildings, escape routes, staircases, etc. (§ 270, item 1, point 2 of the Technical Conditions).

Sections of fire ventilation ducts are additionally used to collect and discharge other harmful and toxic extinguishing gases escaping fire areas, as well as in pressure booster systems used to control the air causing overpressure, which is discharged after exceeding the pressure limit.

It's worth discussing the concept of smoke extraction ventilation as defined in the Technical Conditions, which can refer to different types of fire ventilation systems:

a) Smoke ventilation systems, built using exhaust ducts (so-called duct systems), which remove heat and smoke through grilles located on the ventilation ducts. In this system, there is a clear distinction between a layer of hot smoke under the ceiling and a smoke-free layer at the bottom, which is displaced by the compensating air. In the revised Technical Conditions, this solution is the only one that allows the length of emergency routes to be extended;
b) A jet ventilation system, which controls the propagation of smoke and heat by immediately activating both exhaust fans in the smoke zone and fans supplying air into the smoke-free zone, which stops the spreading of smoke by generating the appropriate airflow velocity;
c) A jet ventilation system, which removes smoke by immediately activating both exhaust and supply fans, which prevent the spreading of smoke in the entire fire zone the temperature of which is limited by the admixture of compensating air.

1) a single fire zone only shall have a fire-resistance class based on E600 S fire and smoke resistance at least equal to that of the ceiling as defined in § 216; it is also possible to use the E300 S class if the calculated temperature of the smoke generated during a fire does not exceed 300 °C;
2) several fire zones shall have the E I S fire resistance class, at least as high as that of the ceiling as specified in § 216." 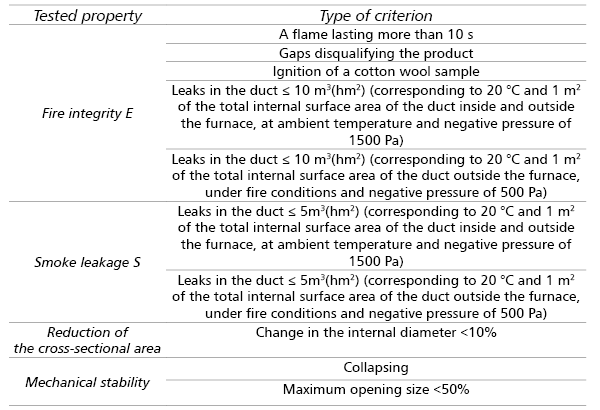 Ventilation ducts must be non-combustible and meet a number of requirements covered by the harmonised standard EN 12101-7 (Smoke and heat control systems. Smoke duct sections) in order to be used for smoke extraction systems. It is particularly important to refer to the test standards PN-EN 1366-8 and PN-EN 1366-9, which specify the method of carrying out fire resistance tests of smoke extraction ducts, and PN-EN 13501-4, which provides detailed information on their classification in terms of fire resistance (see table above).

The components used with fire ventilation ducts are also subject to the standard. They must not cause the smoke extraction system to fail while smoke is being removed from the building, and must be tested to demonstrate that they meet the same requirements as the duct they are part of. Such components include access doors/inspection covers, attenuators, compensators, and ventilation grilles. 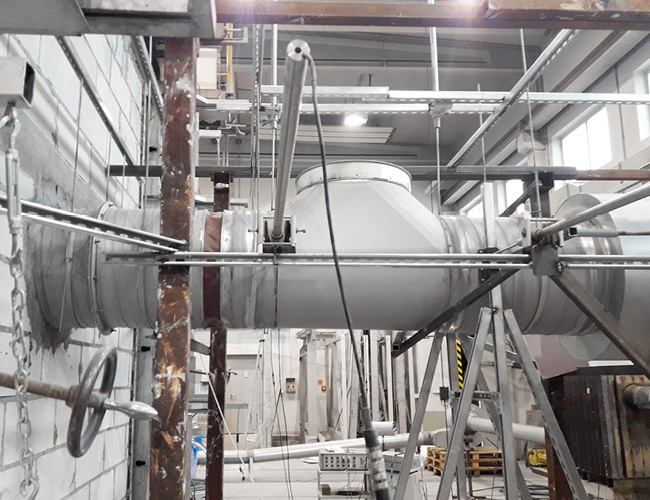 The SMOKE®system is a single-zone, round smoke extraction duct system, classified in accordance with EN 13501-4+A1:2016 in E600120 (ho) S1500 single fire resistance class, and as non-flammable and non-fire spreading.

All or some of the following products may be used to configure a smoke extraction system:

When is the SMOKE ventilation system used?

The main purpose of the single-zone smoke extraction system is to remove hot gases and smoke from the areas affected by the fire to facilitate fire suppression and evacuation of personnel from the area of fire hazard, while maintaining the criteria of fire integrity and/or smoke control specified for temperature exposure conditions at 600°C.

The advantage of this system is the possibility of connecting ducts in two ways, i.e. male-female coupling and by using steel flanges. What's more, as one of the few manufacturers on the market, we offer thermal expansion compensators for smoke extraction systems in the male execution, made of our AMT flexible duct connector. 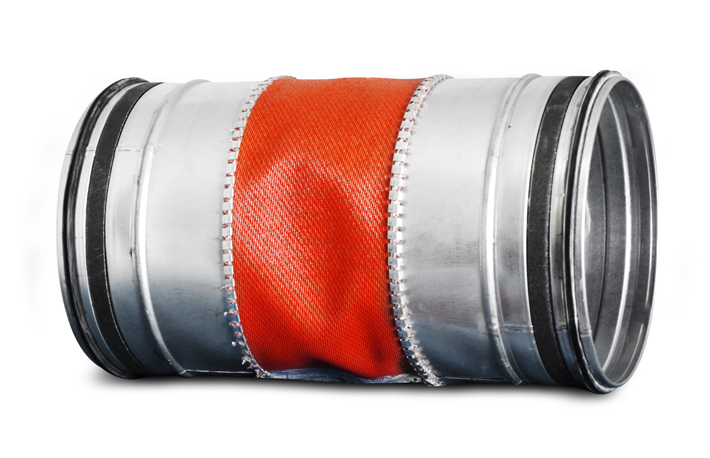 Why a thermal expansion compensator is so important?

The important role of a thermal expansion compensator in a smoke extraction system should be emphasised. It is obvious that sheet steel ducts demonstrate high expansion under high temperature. The fire resistance of ducts decreases, increasing the risk of the duct losing its tightness and leaking smoke and heat.

To counteract this, thermal expansion compensators are used. Figure 3 shows the effects of not using a thermal expansion compensator at appropriate distances for SMOKE®system single-zone circular smoke ducts. Such a deformation of the duct may decrease its diameter and/or cause it to break or lose tightness, resulting in the malfunctioning of the smoke extraction ducts. 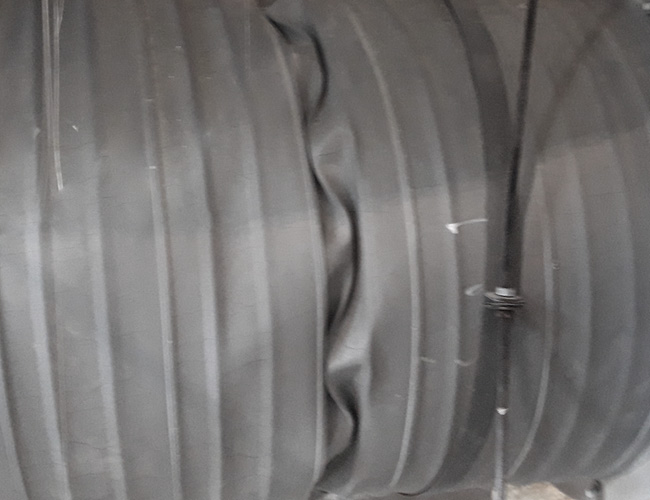 Deformation of a smoke extraction duct

For more information about SMOKE®system check our Catalogue and Operating and Maintenance Manual.